Read more about our group here

JORGE OSMA LÓPEZ (President)
Dr. Jorge Osma is Full Professor in the area of Personality, Evaluation and Psychological Treatments at the University of Zaragoza. He is principal researcher of the IPES research group (Research in Personality, Emotion and Health) of the  Aragón Health Research Institute and member of the Research Group in Behavior, Health and Technology of the Government of Aragón. His research interests are focused on the study of risk and protective factors for the development of perinatal emotional disturbances and their prevention and psychological treatment. He also studies the efficacy and cost-effectiveness of the Unified Protocol for the transdiagnostic treatment of emotional disorders in public mental health through ICTs or group therapy. Dr. Osma is certified as a trainer and researcher in Unified Protocol by the Unified Protocol Institute of Boston University.

JESÚS COBO GÓMEZ (Vicepresident)
Dr. Jesús Cobo is a consultant psychiatrist at Corporació Sanitària Parc Taulí in Sabadell and associate professor of psychiatry at the Autonomous University of Barcelona. He is a member of several research groups, including the Mental Health and Women Group and the Psychoneuroendocrinology Group of the Catalan Society of Psychiatry and Mental Health. His research focuses on women’s mental health and the psychoendocrinological aspects of severe mental disorders, with special emphasis on the perinatal stage. In this area, he is currently involved in two projects, one on the impact on mothers and partners of fetal and perinatal losses, and another recently started on the interaction of enabling and resilience factors in postpartum depression.

GRACIA LASHERAS PÉREZ (Past president)
Medical Specialist in Psychiatry. Head of the Psychiatry, Psychology and Psychosomatic Medicine Service. Coordinator of the Perinatal and Reproductive Mental Health Unit, H. Universitario Dexeus, Barcelona. Doctor of Medicine, Universitat Jaume I, with the thesis entitled “Evaluation of psychopathology in women during the reproductive and perinatal stage”. Member of the Psychosomatic and Liaison Psychiatry Working Group of the Spanish Society of Psychiatry, and the Mental Health and Women Working Group of the Catalan Society of Psychiatry. Associate Editor of the Journal Psychosomatics and Psychiatry, where she directs the “Perinatal Mental Health Section”. She has been principal researcher in 4 research projects developed at the Dexeus Universitary Hospital, related to perinatal and reproductive mental health, with publications and participation in conferences, both nationally and internationally. She has recently received the prize for the best scientific communication, awarded by the Quirón Salud Group, on the development of a multidisciplinary intrahospital protocol in perinatal death.

VERÓNICA MARTÍNEZ BORBA (Secretary)
General Health Psychologist and Doctor by the Universitat Jaume I of Castellón. Her research focuses on the online prevention of emotional problems during the reproductive stage including women in fertility treatments and women in the perinatal stage. She is currently working at the Institute Health Resarch of Aragón as a High Research Technician.

LAURA ANDREU PEJÓ (Treasurer)
Laura Andreu-Pejó has a degree in nursing and a degree in psychology. She studied an official master’s degree in Psychopathology, Health and Neuropsychology and General Health Psychology at the University Jaume I of Castellón and an official master’s degree in General Health Psychology. In 2017 she defends her doctoral thesis: “Happymom Project: Perinatal Mental Health Study via the Internet”. She is currently an assistant professor at the Predepartmental Unit of Nursing at the University Jaume I of Castellón. Her research interest is focused on studies related to Perinatal Mental Health, Reproductive Health of women and Natural Breastfeeding as well as the application of preventive interventions and treatment based on emotional regulation and the use of new technologies applied to health. She belongs to the research groups IPES (Research in Personality, Emotion and Health), of the Institute of Health Research of Aragon and the research group GIENF (Research Group in Nursing) of the University Jaume I of Castellón. She is the author of several scientific articles and scientific publications in the form of communications and posters at national and international conferences. In addition, she is a collaborator in funded projects in different lines of work related to her research activity.

MARIA GIRALT LÓPEZ (Editorial vowel)
Reference psychiatrist of the interconsultation psychiatry program and liaison of pediatrics and obstetrics services and associate professor at the Universitat Autònoma de Barcelona. In 2018, she developed the Perinatal Psychiatry Program and later the Neonatal ICU Support Program. She also collaborates in the Perinatal MH section of the Journal of Psychosomatics.  In the field of research she has collaborated with different groups of CIBERSAM (led by Dr. Pomarol-Clotet and Dr. Fañanas), with FIDMAG (Hermanas Hospitalarias research unit) and the “Consolidated Research Group (2017SGR1577): Genes and environment in the understanding of human behavioral diversity and pathogenesis of mental disorders”.

GEMMA PARRAMON PUIG (Board member)
Psychiatrist trained at the Hospital Clínic de Barcelona. She is currently Head of the Section of Consultation of Psychiatry – Link and Coordinator of the Perinatal Psychiatry Unit of the Psychiatry Service of the Universitary Hospital of la Vall Hebron in Barcelona, associate professor at the Universitat Autónoma de Barcelona and researcher at VHIR – Vall d’Hebron Institute of Research. She has developed her clinical and research activity in the field of Interconsultation and Liaison Psychiatry and mental disorders in women, especially during the perinatal period

CRISTINA SANZ PÉREZ
General health psychologist and psychopedagogue. Child Massage Trainer for the improvement of bonding and child stimulation. Postgraduate in Adoption, post-adoption and foster care. She works as a perinatal psychologist in the Psychiatry and Psychology Service of the Hospital Universitario Dexeus, Barcelona.

CARMEN HERNÁNDEZ MARTÍNEZ
PhD in Psychology and Associate Professor at the Universitat Rovira i Virgili. Researcher of the group NutriSaM (Nutrition and Mental Health), a consolidated research group recognized by the Generalitat de Catalunya, focusing her interest in perinatal mental health and prenatal factors related to maternal and neonatal mental health. She has participated in several projects funded by the Spanish Ministry of Science with pregnant women in both hospital and primary care settings. To date she is co-author of 50 scientific publications, all of them in international journals indexed by the Journal Citation Reports. In addition, due to her scientific specialization in perinatal psychology, she has designed and is the academic director of a specialized postgraduate training in Perinatal Psychology at the same university where she is a professor and researcher.

EMMA MOTRICO MARTÍNEZ
Full Professor in the Department of Psychology at Loyola University (Seville). Her research focuses on the prevention of mental health problems, mainly perinatal depression and anxiety. Currently, she  is the co-chair of the ‘Prevention of Perinatal Mental Disorders’ Special Interest Group in the International Marcé Society for Perinatal Mental health and the leader of the Task Force ‘Perinatal Mental health and COVID-19 pandemic’ in the Riseup-PPD Cost-Action.  Principal investigator in four projects funded in competitive calls (one international and four national) and collaborating researcher in a total of 14 funded research projects, of which two are European projects, nine are national (Spanish Ministry Health and Ministry of Education, Science and Technology; and Institute of Health Carlos III) and three are regional projects (Ministry of Health, Andalusian Regional Government).

ELENA CRESPO DELGADO (International representative)
Degree in Psychology from the Universitat Jaume I, Master in Behavior Therapy from the UNED (Distance Education National University) and doctor from Universitat Jaume I of Castellón. From 1999 to the present she has been working as a Psychologist specialized in clinical psychology with people with emotional disorders in especially relevant moments of their lives (such as postpartum depression or during assisted reproduction treatments). Since 2000, she has been working as a technician specialized in Severe Mental Illness in the regional government in Castellón and since 2007 she is Associate Professor at the University Jaume I of subjects related to Clinical Assessment and Intervention.
Additionally, since 1998 she actively and regularly participates in National and International Conferences, with scientific publications and research projects related to Perinatal Mental Health, Emotional Disorders and Personality Disorders. She is part of the IPES research group (Research in Personality, Emotion and Health) and her research interest is focused on the study of personality disorders, risk factors, prevention and treatment of perinatal mental health, especially through the Unified Protocol for the Transdiagnostic Treatment of Emotional Disorders.

Not a Member Yet? Join Now 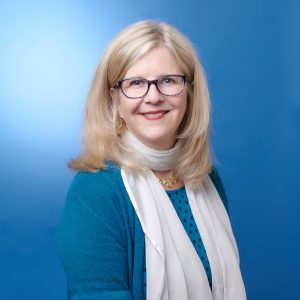 Why join the International Marcé Society?